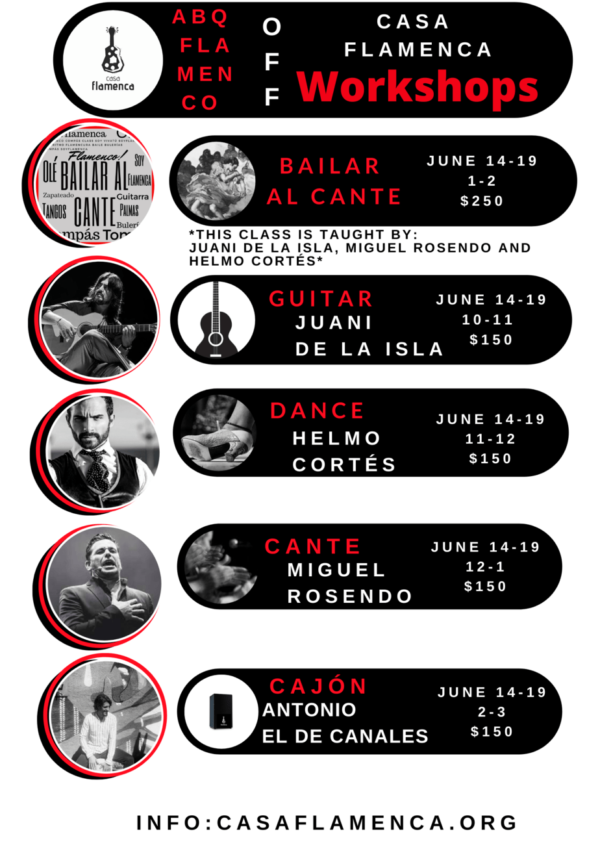 Join our 6-day Bailar al Cante Workshop June 14th-19th from 1 PM-2 PM with special guest instructors from Spain! This flamenco workshop in Albuquerque is a must for any flamenco dancer, singer, or guitarist at any level! You will learn the relationship between the baile (flamenco dancing), the guitar, and the cante (flamenco singing). You will learn how to dance bulerías, tangos, and rumbas in a fiesta setting. This special workshop is accompanied by guitar and cante and is taught by celebrated flamenco guitarist Juani de la Isla, world-renowned singer Miguel Rosendo, and award-winning dancer Jesús Helmo Cortés.