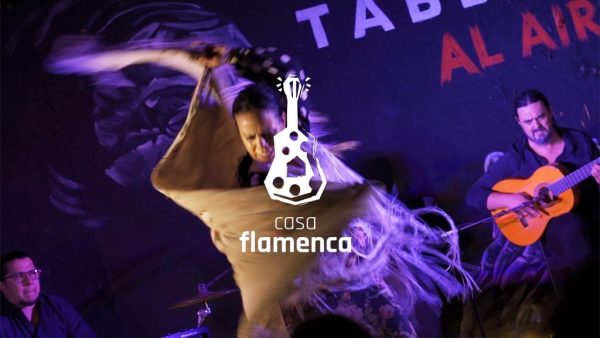 Casa Flamenca comes to Santa Fe! Don’t miss their highly acclaimed flamenco tablao performances at Santa Fe Railyard’s El Museo Cultural!
Casa Flamenca in Albuquerque is thrilled to announce its collaboration with El Museo Cultural at Santa Fe Railyard in a series of flamenco music and dance performances featuring world-renowned guest artists from Spain. Both organizations are dedicated to the presentation and promotion of Hispanic culture in their communities.
Known for the artistic quality and authenticity of their flamenco productions, Casa Flamenca brings you special guest artists-in-residence from Spain – internationally acclaimed flamenco guitarist Juani de La Isla, flamenco singer Miguel Rosendo and flamenco dancer Helmo Cortes. These artists have all performed internationally in flamenco festivals and touring productions with some of Spain’s finest flamenco artists. Also performing will be Casa Flamenca’s Artistic Director and dancer Valeria Montes.
Tickets: $35 plus service fees. Buy your tickets below.