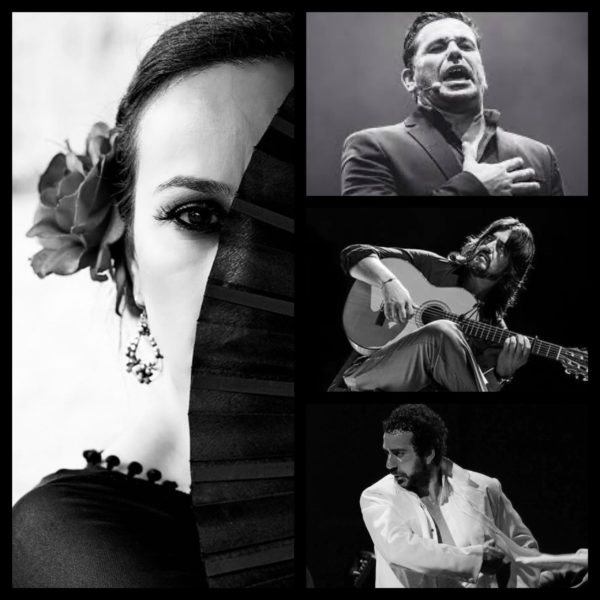 POSTPONED DUE TO CORONAVIRUS

Don’t miss Casa Flamenca’s tablao at Old Martinas Hall in Taos, NM! We bring you a spectacular lineup of world-class artists in an intimate venue reminiscent of the clubs of Andalusia, Spain.

A tablao is a place where flamenco shows are performed as well as the colloquial term used for the tablado or platform floor on which a flamenco dancer dances. Tablao venues were established during the 1960s throughout Spain, replacing the cafés cantantes (cabarets) and are mostly found today in the Andalusia region of Spain. Casa Flamenca is proud to offer an authentic Spanish tablao experience in Albuquerque, New Mexico. At Casa Flamenca, the tablao dancers, singers, and musicians captivate the audience in an intimate gathering. The intricacy of the guitar work, the haunting soul of the song, the rhythms of the dance vibrating through the floorboards and your feet… A Casa Flamenca tablao is an experience you won’t forget!

This season’s artists include: