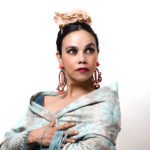 Tickets: $35. Seating is limited so don’t wait to buy tickets or the show may sell out!