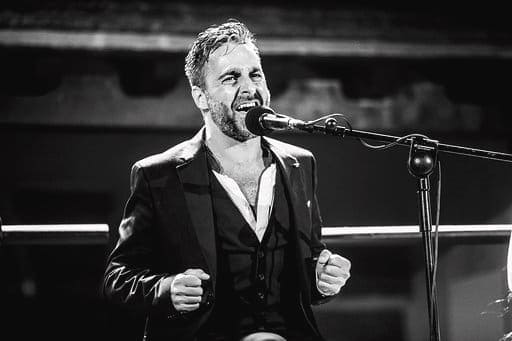 REGISTRATION $100 if paid by August 4th or $120 at the door – Registration fee includes both days.

Flamenco cantaor Alejandro Silva Cea’s list of flamenco credits is as long as it is prestigious. He was born in Cádiz in 1984 into a family of highly esteemed flamenco artists: his father was flamenco singer Juan Silva, noted for the purity and authenticity of his Cádiz style and repertoire,his aunt was the flamenco dancer Encarnita Silva, and his mother was flamenco dancer Carmen Cea.

His career as a singer commenced at age 15 when he began sharing the stage with his father in performances throughout Spain. Shortly after, he sang for the bailaora Lidia Diánez and her dance company, participated in the “International Dance Contest for Alegrías” and traveled to Barcelona to perform with his father Juan Silva, José Herrera and Eduardo Márquez.

In 2001 he appeared on the recording “Jóvenes Flamencos de Cádiz.” The following year he performed in a Tribute Performance for the celebrated singer Camarón de la Isla and in performance with his father, Juan Silva in a show entitled “La Perla de Cádiz,” singing alongside some of Spain’s most celebrated flamenco singers: Rancapino, Encarnita Anillo, José Anillo, Mariana Cornejo, Juan Villar, El Junco, and Juan Ogalla, among others.

During his career he has received numerous flamenco prizes and awards. In 2014 he was a finalist in the Malagueñas del Mellizo flamenco singing competition as well as winning an award in the renowned Cante de Las Minas competition.

He is a member of the flamenco performing group “Aires del Sur” and records annually with the group “Young Flamencos del Barrio Santa María.” In the summer of 2015, he created and directed the Flamenco Festival of Tarifa “Flamenco Entre Mares” and mounted a tribute to his father – the flamenco singer Juan Silva – in a show entitled “En Mi Manera.” In 2016 he produced the show “RaicesFlamencas “at Café Teatro Pay Pay in Cádiz and performed in Rome at the Festival “Siete Soles, Siete Lunas” with Ana González and company.

Alejandro Silva is currently performing in Albuquerque, New Mexico at Casa Flamenca, as part of their Summer Tablao Season of flamenco performances.